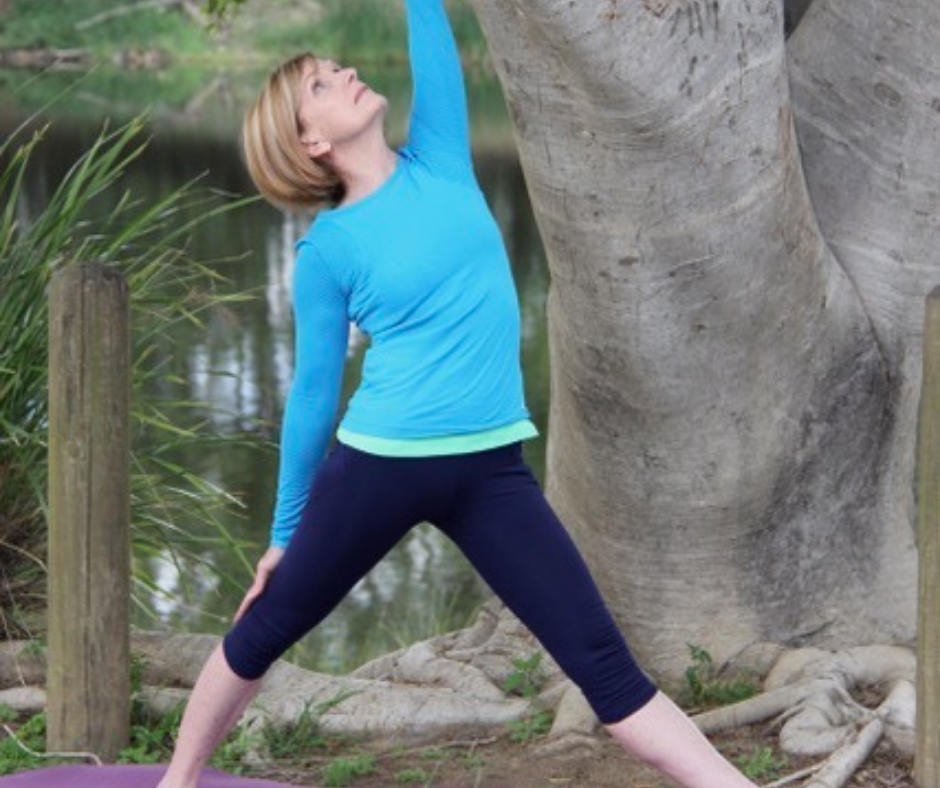 Jenny has been teaching yoga since 2011 and is passionate about bringing the benefits of yoga to everyone.  Learn more about Jenny and her journey through yoga in her story below.

“All you need to do is show up, be open to the experience; and let the yoga practice do the rest.”

Jenny found yoga in 2006. At that time, Jenny was caught up in the strong habitual behaviour of working full time and studying part-time to complete her  Bachelor of Taxation studies, wearing many hats, overworked and over-scheduled and seeking refuge, she found the pathway to yoga.

As soon as she stepped onto the yoga mat, she was addicted to yoga, not just the asana practice but the means for the practitioner to master the body and the mind so that the true self can emerge to share in the experience of life!

Initially qualifying as a yoga teacher through Pine Rivers Yoga in 2011; gaining special qualifications in Yoga for Prenatal & Birth and Yoga for Postnatal and  Infants, Jenny has continued her yoga teacher training journey obtaining a  Certificate of Teaching Discovery Level, Chair Yoga and Inversions with the inspirational Master Teacher Nicky Knoff of the Knoff Yoga Program.

Having a passion to bring the benefits of yoga to the younger members of the community, Jenny then went on to complete all levels of Kids Teacher Training including Foundation, Advanced and Yoga Therapy for Kids, with Loraine Rushton of Zenergy Yoga.

In 2014, she completed her practicum for Yoga, Scoliosis and Back Care Training for Yoga Teachers with Narelle Carter-Quinlan, of Yoga Body Torque, Brisbane.

With an addiction to yoga and a love of knowledge, Jenny has completed many yoga workshops conducted by well known; and highly skilled yoga teachers including the teachers from Biyome – BioMedical Institute of Yoga and Meditation,  Yoga Psychology for Yoga Teachers – The Yoga Institute, Inspya Yoga, Knoff Yoga,  Intouch Yoga and the Ashtanga series of practice.

Her recent training with Sarah Powers in Thailand in 2018; and more recently in Sydney & Italy in 2019; along with the completion of all 4 levels of training with Karin Sang & Markus Giess in New Zealand, bring together the teachings from the Insight Yoga Institute of Sarah & Ty Powers, as well as the Yin Yoga School of Paul Grilley.

Jenny is also a passionate exponent of Yin Yoga! an ancient style of Taoist Yoga that works on opening up the deeper energetic channels with an emphasis on the meridians and chi energy within your body; stimulating the connective tissues therapeutically to keep the body supple and healthy.

Jenny’s yoga journey is to bring you to the yoga mat, All you need to do is show up, be open to the experience; and let the yoga practice do the rest!

Outside of yoga, Jenny loves spending time with her family and friends. She loves being outdoors, to experience the ever-changing beauty of Nature and its seasons! The trees, gardens, the birds at twilight (an early morning asana practice and meditation), the dawning of the day, dusk, sunrise, and the sunset. 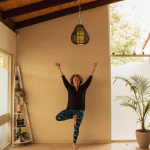 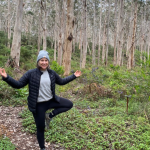